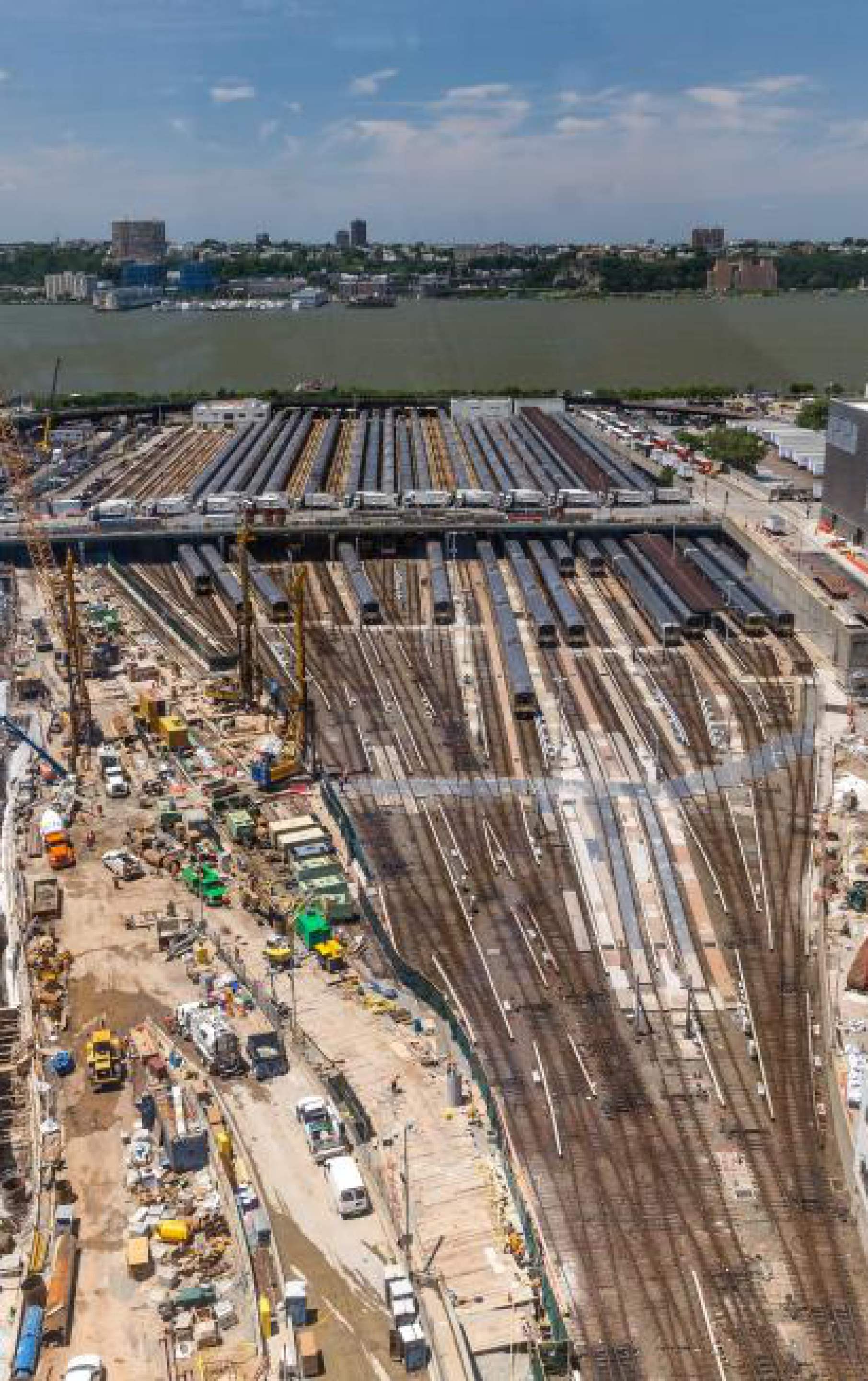 The West Midtown Transit Corridor, comprised of hubs like the Port Authority Bus Terminal and Penn Station, is one of the busiest transit corridors in the country. Hundreds of thousands of commuters travel every day from New Jersey across the Hudson River into Manhattan for work using buses, Amtrak, NJ Transit or PATH trains. Visitors using intercity buses arrive in the overflowing PABT or, if the bus lines don’t have a dedicated berth, on midtown streets. CB5 and other stakeholders have advocated for an array of possible solutions, including the Gateway project, the extension of the 7 subway line into New Jersey and rehauls of the Port Authority Bus Terminal and Penn Station, among other ideas.

The Editorial Board of The New York Times endorsed Chakrabarti's plan for a new Penn Station and recognized CB5 for our position on the issue. Read the editorial here.

CB5 hosts a forum on moving Madison Square Garden and improving Penn Station. The panel featured several experts, including Tom Wright of the Regional Plan Association, Michael Kimmelman of the New York Times and Vishaan Chakrabarti of PAU. They provided a rich and compelling vision for what the West Midtown Transit Corridor can be and what we must do to make that vision possible.

The New York Times commissions architect Vishaan Chakrabarti to sketch a plan to rehaul Penn Station by repurposing the bones of Madison Square Garden. His plan was published as an interactive feature, "Penn Station Reborn," on the Times' website. Explore Chakrabarti's plan here.

CB5's Penn Station Study Group issues a report on the trends and opportunities of the study area, along with recommendations to improve conditions. Read the full report here.

©2018 COMMUNITY BOARD FIVE. ALL RIGHTS RESERVED