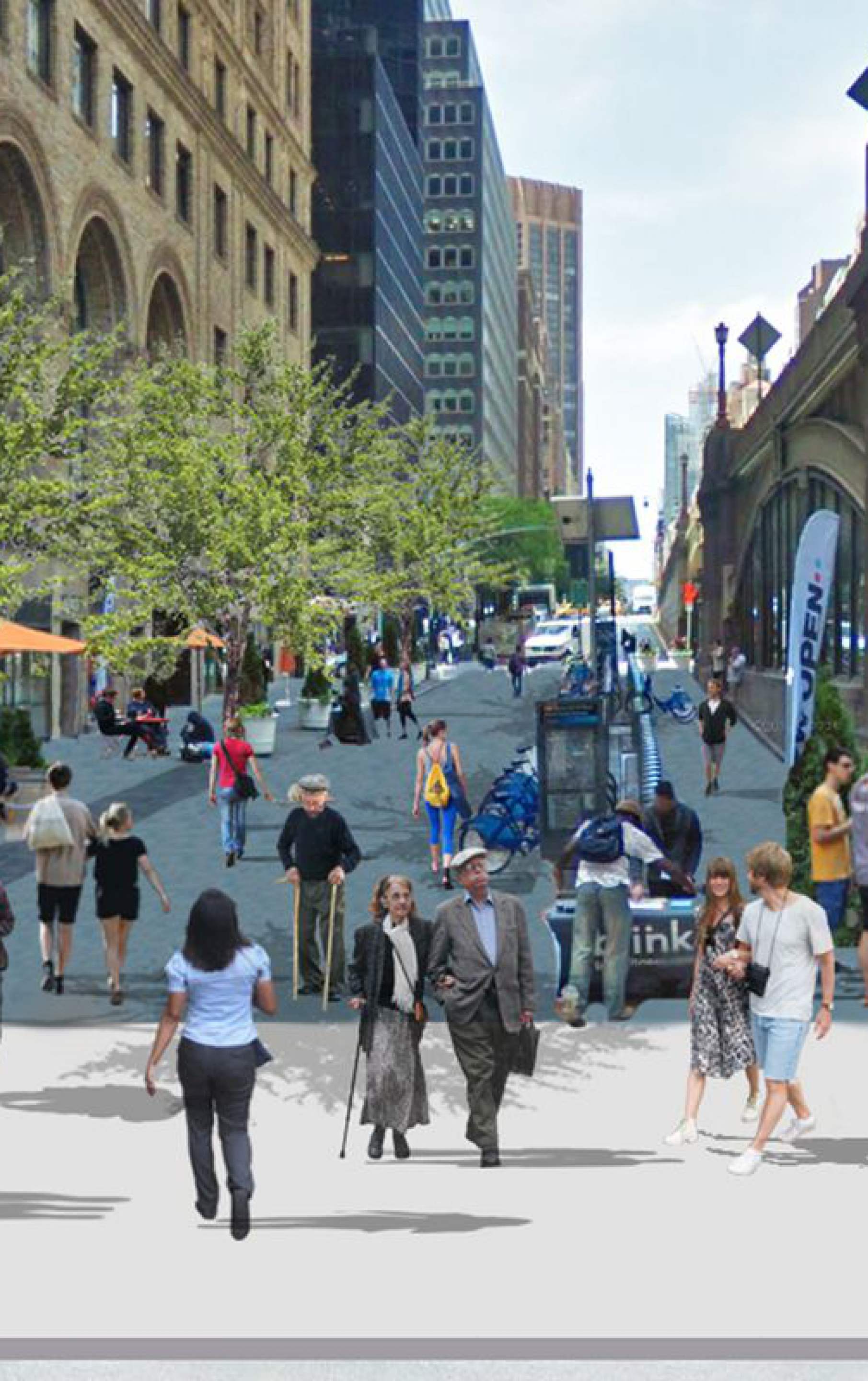 Generating 250,000 jobs and 10% of New York City’s property tax revenue, East Midtown is the city’s premier business district. The district’s large stock of Class A office space has attracted large and successful companies for much of the city’s history. Many Fortune 500 companies have made East Midtown the site of their global headquarters because of its tony location and proximity to transit hubs like Grand Central. However, aging office towers, lack of public amenities and new state-of-the-art buildings in other parts of the city posed looming threats for East Midtown’s continued success.

In 2012, former Mayor Michael Bloomberg’s administration introduced a proposal to rezone East Midtown. While that effort eventually failed, it sparked the creation of the East Midtown Steering Committee which, under the leadership of Manhattan Borough President Gale Brewer and Councilman Dan Garodnick, brought East Midtown stakeholders together to come up with recommendations for a workable rezoning plan. The Steering Committee’s recommendations, issued in October 2015, included the encouragement of higher density development and the sale of air rights across the district in exchange for the preservation of historic buildings and public realm improvements. In January 2017, the city’s Department of City Planning certified a revised rezoning plan based on the Steering Committee’s work. After months of negotiation and public review, the rezoning was approved by City Council in August 2017. Now, the East Midtown Governing Group, of which CB5 is a part, is tasked with implementing the rezoning and prioritizing the money raised for public realm projects through sales of air rights.

©2018 COMMUNITY BOARD FIVE. ALL RIGHTS RESERVED